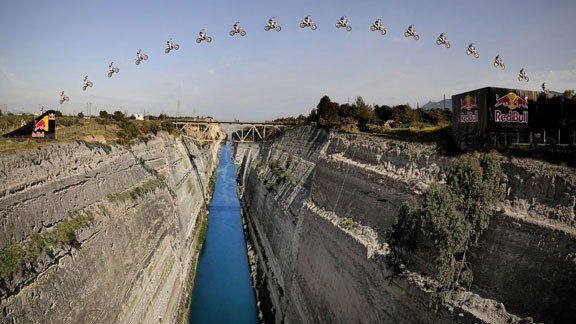 "Maddison made his jump across the Corinth Canal in Greece yesterday, by driving up a ramp at a speed of 77mph. This launched his Honda 500 into the air and 85m over the massive drop, he then successfully landed at the other side.

Speaking after the jump the Aussie said: 'This jump involved the highest consequences I have faced so far, so the first obstacle I had to overcome was my fear. I am thrilled I managed to pull it off. As you know, there is only one opportunity to get it right.'"

Life Hacks for Your Smartphone